I love getting messages from you with your success stories!

As I opened up my inbox this morning, I just received a message from a lovely woman who said that she “HAD” Hashimoto’s and that she was able to get it into remission through changing her diet! After going gluten and dairy free, she is no longer testing positive for thyroid antibodies, feeling amazing, and tapering off her thyroid medications!!

I’ve written in great detail about food and how eating a nutrient dense diet, free of gluten and dairy, can get Hashimoto’s into remission. Since I started writing about this back in 2013, I’ve received so many stories from people who’ve been able to get into remission through nutrition, and so one of my very first recommendations for Hashimoto’s is to start with food!

Read more about optimizing your diet with Hashimoto’s.

Eating a nutrient dense diet will almost always help Hashimoto’s but will not reverse the condition for every person. Some people need to dig deeper, as there may be other triggers or root causes that can lead to the development of Hashimoto’s.

Chronic infections are the Hashimoto’s triggers that get the least amount of attention, yet identifying and treating them can result in a complete remission. Unfortunately, some of the infections can be progressive, leading to more and more symptoms, if not identified and treated accordingly, thus I want to make you all aware of them whenever I can.

Molecular mimicry is one of the leading theories of autoimmune disease. In very simple terms, this theory means that our immune system begins to attack our thyroid gland because we are infected with a pathogenic organism (like a bacteria, parasite, or virus), that looks similar to components of the thyroid gland. The immune system remembers isolated protein sequences on the pathogen (rather than the entire DNA sequence of the pathogen) and then looks for similar looking proteins as targets for an attack. If the proteins on the thyroid match the proteins the immune system remembered, then the thyroid will be targeted for attack as well. Therefore, the immune system attacks our thyroid glands due to a case of mistaken identity, when it is trying to attack an infection!

Scientists have noted that in people with the right genetic sequence, an infectious agent that resembles the thyroid gland, can trigger Hashimoto’s.

I’ve spoken at great length about gut infections that can trigger Hashimoto’s and the most well researched one is known as Yersinia entercolitica. This is a bacteria that can be acquired from eating pork, and antibodies to this bacteria have been found in greater amounts in Hashimoto’s and Graves’ patients. Nineteen proteins on the Yersinia bacteria can look similar to proteins on the thyroid gland, (4 cross-react with the TSH receptor, 2 with thyroglobulin, 2 with thyroid peroxidase (TPO), and 11 with the sodium iodine symporter)!

Finding and treating this infection can result in remission of Hashimoto’s and Graves’ disease! On the other hand, a person that simply takes thyroid medications and does not treat the infection may continue to see declines in his/her health, as eventually, the presence of the infection may burn out the immune system and cause it to start recognizing additional sequences on the infectious organism that may cross-react with different organs in the body… This is why, in the conventional medical approach, it is widely known that having one autoimmune condition will put the person at greater risk for getting another autoimmune condition.

While scientists have described this bacteria as a trigger for autoimmune thyroid disease time and time again, most doctors will not test patients for chronic infections—functional medicine practitioners are your best bet for testing for this infection. You can be tested for Yersinia antibodies through a blood test or using the GI-MAP test. Ask your doctor about it or you can self-order).

The medication doxycycline, as well as herbal protocols that may include berberine, oil of oregano and/or wormwood, can eradicate Yersinia effectively in many cases.

Another very important and potential trigger of Hashimoto’s is Borrelia burgdorferi, the bacteria that causes Lyme disease.

Lyme disease is one of the more serious infections that can lead to some debilitating symptoms, if not found and addressed accordingly.

The condition is progressive, leading to more and more symptoms. The longer you have it, the more damage it can do. Additionally, some of the symptoms of Lyme can be similar to symptoms of Hashimoto’s: fatigue, memory problems, hormonal changes…

Lyme has been primarily thought to be a tick-borne infection that was triggered by a tick bite (ticks carry the Borrelia bacteria), so I always ask my clients if they have spent time wilderness camping, hiking or trail running before their diagnosis. However, Lyme advocates are saying that the bacteria may also be acquired through other methods, including mosquito bites, and from mother to child. Lyme is also a zoonotic disease, meaning that it can be transferred between us and our furry family members (most likely due to them carrying infected ticks into our homes, but direct transmission has not been ruled out).

A message I received from a reader who was diagnosed with Lyme disease after three years of Hashimoto’s, inspired me to create more awareness about Lyme disease.

I have a suggestion that I feel is important to include if you ever come out with the second edition of your book. After any interventions for my Hashimoto’s over a three-year period, which included gluten free, low dairy, low sugar, H. pylori and parasite treatment, natural desiccated thyroid, and many supplements, I’ve recently been diagnosed with Lyme disease and a tick-borne co-infection, Babesia.

Likely I’ve had it for years, and it is what caused my Hashimoto’s. After hanging put on Lyme groups, I’m discovering many Hashi patients who have Lyme. It’s too much of a coincidence …and I feel the word needs to get out, so Hashi patients and their doctors can get them the proper testing just in case.

Not suggesting every Hashi patient’s root cause is Lyme by any means, just that it can be one root cause, through molecular mimicry, and since many of the symptoms overlap with those of Hashi’s that many on Hashi groups are suffering from.”

While I do discuss Lyme, a tick-borne infectious disease,  as a potential root cause of Hashimoto’s in my book, Hashimoto’s The Root Cause and in my post about infections, I want to give you additional resources to help you overcome this debilitating infection!

As those of you who have been reading my book and posts know, I am a big proponent of lifestyle change—like adopting a nutrient dense diet—but, unfortunately, sometimes diet is not enough. Although getting on an appropriate diet will help everyone, (even with chronic infections) it will not always result in a remission of your autoimmunity.

I thought this was an important message to bring up, especially for those of you who have tried the diet and have had limited success. Autoimmunity starts in the gut, and Lyme disease destroys the gut completely!

So if you’ve tried a lot of things, have a lot of symptoms, you’re tired, in pain, have numbness, headaches, memory problems, pain that changes or moves around the body, symptoms that come and go no matter what you do, symptoms that worsen around your period, symptoms that get better or are intensified, on antibiotics (either due to the antibiotics suppressing the Lyme or killing too much causing die-off) … please look into testing for Lyme—it can be a root cause of your Hashimoto’s!

Dr. Richard Horowitz is a pioneer in Lyme treatment and has developed a Lyme quiz you can take to see if you are a high risk for Lyme.

You will need a blood test to confirm the infection. I recommend IGeneX or Ulta Lab Tests.

I also want to warn you that Lyme is a really difficult infection to eradicate. As the reader who wrote in mentioned, not many doctors are very familiar with treating a chronic Lyme infection—you will need a Lyme Literate Doctor as well as a lot of support to overcome this infection. Go to Ilads.org for more info on Lyme Literate Practitioners.

Some new interesting facts from LymeDisease.Org: 300,000 new cases of Lyme are found each year. The bacteria scavenge the body for trace metals to make themselves more virulent (esp. manganese) and the over-the-counter medications Claritin (loratadine) may help eradicate Lyme.

I met Lyme survivor/advocate Brent Martin at a health conference. In speaking with him, I came to learn that he used to be exhausted, couldn’t focus, had memory problems, and had virtually no energy. Yet, to the surrounding world, he looked “fine,” and all of his blood work came back normal. The same story many of us with autoimmune conditions have heard!

I couldn’t believe that this vibrant and energetic young man I was speaking with had been too tired to interact with his beautiful children at a recent point in his life! He told me about how he was able to overcome Lyme disease after many years of suffering and is now dedicated to educating others on how to do the same! Brent experienced so many symptoms, some of them outright strange, like being sensitive to wireless Internet!

I’ve been hoping to interview Brent and his partner Dana Walsh (also a thyroid patient) for quite some time and just had the opportunity to do so last week! Brent and Dana share their Lyme stories, the symptoms they had, and how they were able to overcome this condition.

You can watch the interview I recorded with Brent and Dana below: 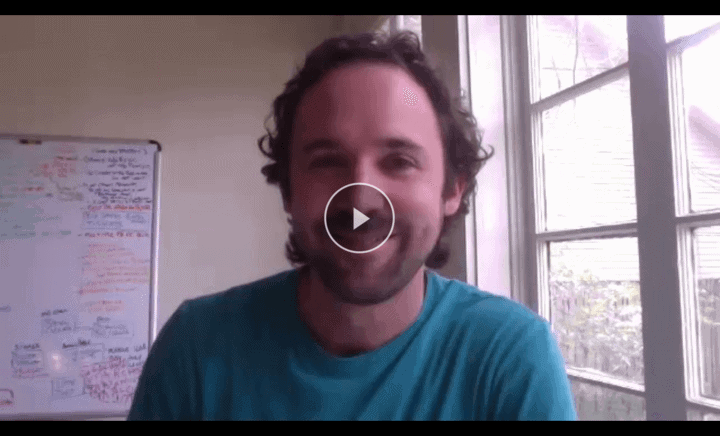 The information contained herein is for informational purposes only and should not be construed as medical advice. Please consult your physician for any health problems and before making any medical or lifestyle changes.