We are all unique. Strategies that work for one person may not work for another. This is why it’s important for all of us to find our root cause to allow for healing to take place. I’d like to share with you all Karen’s story, on how she was able to find and treat the root cause of her many “thyroid” symptoms.

Karen, like many of us, thinks that she had issues with her thyroid for many years before she was diagnosed. 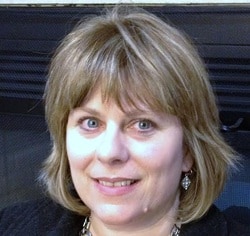 She remembers taking scolding hot baths in high school to warm herself up, and being more tired compared to her classmates. She struggled with her weight, focus and with anxiety. She remembers that her aunt, who was a nurse, commented that Karen appeared to have a goiter at age 17.

In the 80’s, when Karen was in her early 20’s, while at the University of Illinois (my alma matter), she became interested in nutrition and experimented with the Atkins diet, a no carb/low carb diet that was popular at the time. This lifestyle helped her tremendously. She felt better and was able to lose weight.

Fast forward a couple of decades and three children later; Karen found herself it a rut.

As a mother of a son with autism, Karen was no stranger to thinking outside the box for medical treatments. Karen had worked tirelessly to implement many alternative therapies to recover her son from autism.

She was amazed how well her son responded to a Gluten Free/Casein Free/Low Carbohydrate Diet combined with the antibiotic Zithromax. “It’s as though his ticks and obsessive-compulsive behaviors were turned off by this combination!” Karen exclaimed.

Nonetheless, despite all of her knowledge, like many moms, Karen was more focused on her children and taking care of others rather than on her health.

She had an enlarged neck and was feeling terrible. She saw an endocrinologist and was diagnosed with Graves’ disease. Her Graves’ was treated with methimazole, and did not come back once she was taken off the medication. While her endocrinologist did a great job with managing Karen with thyroid suppressive medications (medications like methimazole are extremely important to prevent the dangerous effects of excessively high thyroid hormone levels), Karen was never treated for an immune system imbalance. Although her Graves’ disease did not resurface, she later developed Hashimoto’s. Her TPO antibodies were in the 700 range. (In some cases this can happen when the immune system continues to be imbalanced. Graves and Hashimoto’s are both autoimmune conditions that affect the thyroid. They are thought to be closely related. Sometimes one turns into the other. The difference is the site of the antibody attack. In Hashimoto’s, the antibodies are found to thyroglobulin (in 80%) and thyroid peroxidase (TPO) enzyme, while the main antibody in Graves’ is to the TSH receptor)

Karen felt terrible. She was exhausted and so anxious that she couldn’t function. She had muscle pain that would last for days. She also began to have severe bladder issues, presenting with urinary frequency, pain and blood in her urine.

However, her urine cultures were normal, and she was diagnosed with interstitial cystitis and inflammatory condition that affects the bladder. “I thought I was dying of bladder cancer and I thought I was going crazy.”

At this point, Karen knew that she had to do something about her health, and her healing journey began…

She started taking a natural desiccated thyroid medication and felt somewhat better. She also started to follow a gluten free/dairy free diet and started probiotics, cranberry supplements and beta-glucan (an immune modulating substance). She began juicing and did an over the counter liver cleanse. These interventions were somewhat helpful, but she still continued to struggle, and then, as it so often happens, Karen got to the root cause of her many symptoms… by accident.

Due to continued bladder issues, Karen’s doctor prescribed an antibiotic for her, despite her having normal urine tests.

“It was like a miracle,8 mile” Karen said, “Within one day of taking the antibiotic all of my symptoms were completely gone”. No more stressing out and feeling exhausted“. I get tired like a normal person does. Now I’m able to 8-milebike rides, work, multitask. No more back pain or joint pain”. Karen has been off thyroid medication since May 2013 and has never felt fatigue again.

Karen continues to eat a mostly gluten and dairy free diet as well as avoids processed foods. “I always feel it in my joints the day after.” Her gut feels better and better.

Karen says” “ I saw a doctor that wasn’t interested in treating the autoimmune component of my condition, and through my interventions and the effects I see in my son, I now understand that it’s all connected to the gut.”

To busy moms, Karen says:”Taking care of your health will allow you to be a better advocate and role model for your children.”

So what was Karen’s root cause? We may never know, as she was treated with antibiotics for a different condition and never had her gut function tested. It could have been a pathogenic bacteria or a small bowel overgrowth that were causing intestinal permeability and autoimmune symptoms through molecular mimicry. Or perhaps it was an overgrowth of bad bacteria that normalized after the antibiotics and probiotics were started. Additionally, she could have been reacting to the commensal bacteria in her gut.

The role of gut infections needs to be considered in everyone with Hashimoto’s or autoimmune disease. The infections could be bacterial, fungal or parasitic in nature; any imbalance in the gut can lead to intestinal permeability, which is closely related to autoimmunity. Normalizing gut function can really work wonders for our overall health and has been shown to put multiple autoimmune conditions in remission.

Antibiotics won’t work for everyone, and as a pharmacist, I want to let all of you know that inappropriate medication use can be very dangerous. There are many different antibiotics that treat different types of bacteria. People may present with the same symptoms, but have a different type of infection responsible for the symptoms.

In some cases, we may be reacting to the commensal bacteria normally present in our gut, and the underlying bacteria may be only suppressed by antibiotics and may come back once the antibiotics are no longer used. This seems to have been the case in Karen’s son. The antibiotics only suppressed the bacteria.In that case, I would recommend digging deeper for another reason for intestinal permeability, such as a protozoa or an infection. While the gut bacteria may be a trigger, the intestinal permeability allows it to interact with our genes, causing autoimmunity.

A recent study showed that women with Hashimoto’s are more likely to have children with autism. While some have postulated that this is a result of abnormal thyroid hormone function, autism and Hashimoto’s share a common underlying thread-they are both autoimmune conditions that are thought to be caused by genes, triggers, and an underlying intestinal permeability. While I am fascinated with autism, I am not an autism expert, nor do I have the knowledge on how autism can be reversed.  However, treating the underlying intestinal permeability is an approach that works wonders for Hashimoto’s and other autoimmune conditions.

For more information about infections associated with Hashimoto’s, you can read this post on Hashimoto’s and Infections.

Karen runs a closed group on Infections & Hashimoto’s on Facebook.