I’m coming out with a Thyroid Documentary Series: The Thyroid Secret, and as a loyal reader, you’re one of the first to know! The 9-Part Series will air for free for 9 entire days, and it will help you discover how you can recover your health—in an entertaining format! It starts on January 19th, so make sure you reserve your spot. Please do so soon! We had some problems with our servers crashing because so many people tried to sign up, and I want to make sure that my readers all get a chance to watch it as soon as it comes out!

Why a Thyroid Documentary Series, You Ask?

Because I want to change how thyroid disorders are treated. In this day and age, my colleagues and I have the answers to recovery for most people, and I don’t think the path to recovering your health should be locked away and kept behind expensive clinic doors.

That’s why I have written my popular patient guides and why I write my blog. But I know not everyone likes to read, and retaining what you read can be tough, especially when you have brain fog. So I decided to entertain and captivate you with a documentary series so that figuring out how to recover your health is as easy as watching your weekly sitcom! Just a little dream of mine!!

When I was sick, all I wanted was to recover my health. Since I’ve recovered my health, I’ve been able to make so many of my dreams come true and I sincerely hope that you’ll be able to say the same thing one day soon. I’m here to help; this really is my life purpose, and I’m using every bit of training and experience I’ve had in this life to make it happen (but I need YOU)!

During my career in public health, I had the pleasure of being trained in a special model of spreading change and innovation in healthcare. The training was done by HRSA, a government agency, and I felt a little bit like an elite spy among a small group of healthcare insiders trained in a conference room in Washington, DC.

The focus of my work was in medication safety, and I was challenged with reducing adverse drug effects in the elderly, with very limited resources. The training was meant to teach me how to leverage everything I had to create large-scale change. So I had to learn how to be really strategic and plan my moves carefully!

The strategies I learned from the training really blew my mind! In my traditional studies, I learned about testing a lone hypothesis over the course of a long period of time and waiting to analyze the results. This method left me still sick after 3 years of trying various things to get my health back.

In the new innovative model I was trained in root cause analysis to identify the source of the problem, in running multiple tests of change at once, in rapid improvement strategies, and in figuring out what parameters to track to figure out if a change was really an improvement. I was also trained in using collaboration, social media, data, and success stories to create change.

As a result of implementing this training, I made some major breakthroughs in 2013! I received the Excellence in Innovation Award from the Illinois Pharmacists Association for my work in medication safety and landed my first magazine cover :-). This was a huge honor in my career. But more importantly, I used my training to recover my health and this led me to write my first book, Hashimoto’s The Root Cause.

It was a huge honor to receive an award and I loved working in medication safety, but I also knew I had a bigger mission and that I needed to use the tools I had in my arsenal to change how thyroid disorders were treated!

I remember having lunch with one of my consulting clients and telling her that I was going to focus full-time on thyroid advocacy and her smiling and shaking her head in disbelief.

So I set out to change the system, and I’ve been on this mission since 2013. A big part of the model for spreading change and innovation is collecting statistics, highlighting success stories, government intervention, and collaborating with like-minded individuals.

We’ve made some real strides since then. In 2013, people laughed when I suggested that gluten may be inflammatory for people with thyroid disorders. Two years later, I created a survey that showed 88% of people with Hashimoto’s feel better gluten free. People rolled their eyes when I said that triclosan should not be used because it can disrupt thyroid function. Last year, the FDA banned it. No one is laughing anymore, but we still have a lot more progress to make!

You see, to create a large-scale paradigm shift, we need power in numbers. Why?

Because when you’re just one person saying something innovative and different than the rest, you’re considered a pioneering visionary ahead of your time at best, and a nutcase/liar/quack at worst. It’s a tough cross to bear for people who are trying to help others.

But when an army of people come together, and report the same results that you do, you can truly create a movement!

This is why I’ve partnered with the other crazy visionaries out there that are getting phenomenal results with reversing thyroid conditions. I’ve been doing this for some time now. In 2014, I co-hosted the Hashimoto’s Institute. In 2015, I hosted a gathering of the minds and invited 30 of the top integrative thyroid practitioners and functional medicine movers and shakers to spend a weekend with me in Boulder, CO, sharing best practices and masterminding on how we can get better results and help even more people!

It was so exciting, truly an all teach and all learn environment—all of us were doing innovative, unique things, and we all walked away with new things to implement. This synergy also birthed a new idea!

I don’t know if it was Dr. Datis Kharrazian, Pearl and Fabienne from Hashimoto’s Awareness, or James Maskell from the Evolution of Medicine, but someone suggested that we should all do a documentary. Everyone loved the idea, and then it came time to talk about who would implement it. They all turned and looked at me, as I was the one that brought all of them together into that room.

At first I laughed it off, and told my husband- “I am so not doing a documentary!” I don’t know the first thing about making a documentary and I hate being in front of a camera…

My husband Michael and I decided that it was a sign and that we had to do it! We partnered with some wonderful people and I (sort of) got over my camera shyness.

The Thyroid Secret is a culmination of last year’s work in creating a documentary series that will show you a path back to recovering your health.

Having spent most of my career in public health and working in underprivileged and underserved populations, the biggest heartbreak I get is when I get messages from people who say that they don’t have the resources to recover their health. This is why we decided to air this entire documentary at no cost to all of my readers for 9 entire days before we make it available as DVD’s and before we try to pitch it to networks.

We hope that this online screening will give you the advanced tools to recover your health—in an easy to understand format that’s fun to watch—and that it will garner lots of buzz in the world in general. I want the average person and the average doctor to really care about and understand thyroid disorders.

My hope is that the documentary will walk you through the root causes and lifestyle changes that you need to take on to recover your health. You’ll of course hear from me, and you’ll also hear from 100 additional experts and 67 patients. We cover root causes beyond gluten and dive deep into hormones, immune modulation, infections, toxins, and much more, but all in a way that’s easy to understand.

I really hope that you enjoy it, and take the time to share it with friends and loved ones!

You can view the trailer and sign-up for the free screening HERE.

I’m really proud and amazed at what we’ve been able to create.  I also learned a ton from the experts and patients while I was interviewing them—I know that you will too! Watching the series will be like being a part of our Collective Thyroid Mastermind! 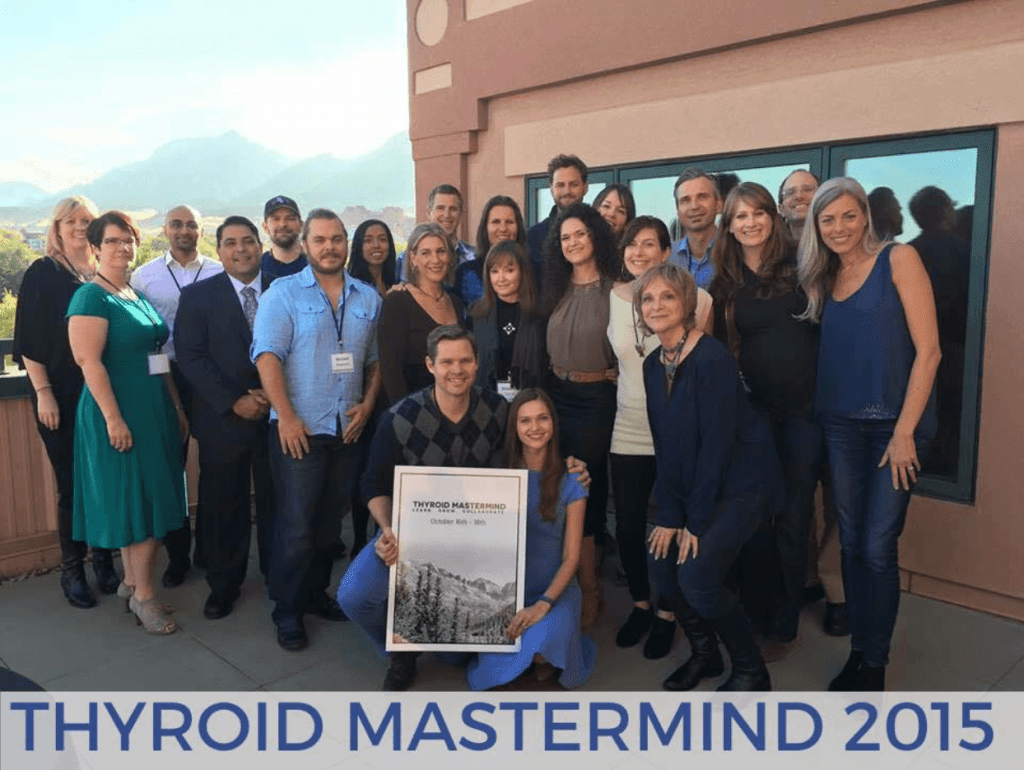 P.S. Let me know what you think of the trailer for the series. We’re going for a dark and mysterious vibe as we’re hoping to grab more attention from not just people like you who are smart and empowered, but also from people who don’t necessarily know that there’s a better way… As always, I’m open to your suggestions!